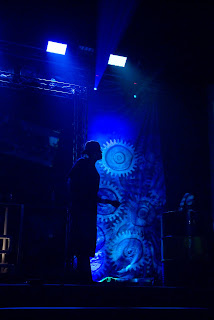 The Silver Ring Thing returned to Victory Family Church in Cranberry Twp., PA, Friday night 9.19.08.  This was the first presentation of the 20 something event and as always, an excellent event.  [Yes, I cried many times during the testimonials and laughed at the videos.]  The SRT team did an amazing job presenting the facts about sex outside the marriage covenant and the value of waiting until marriage before having sex.  However, they also emphasized it is not too late to 'start over'.  Today is the day to draw the line in the sand and declare before God and man to stay pure until marriage.  If you never attended a Silver Ring Thing event, it is well worth the time invested.  Click here for more information and to find an event in your area. 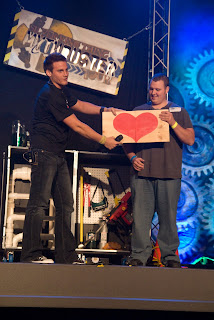 Their 'normal' event is geared toward the teenage crowd but this event was designed to reach the twenty something crowd.  I talked to a few of the attendees after the event and they all stated it was a tremendous event and they would recommend it to their friends.  [Parents, I recommend this event for you to attend with your son or daughter.]

If you have a son or daughter in the teen years, I encourage you to visit the SRT site and find an event in your area.  No event in your area!  Fill out the online form or contact their office to schedule an event. 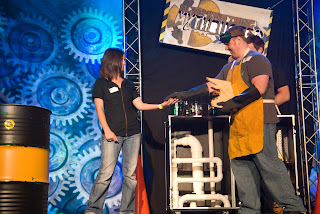 The event is a multimedia event that will get YOUR attention!  If you attend an event and your emotions are not challenged, check your pulse!  Call 911, you might be dead!
Watch my site over the next few days for more pictures of the event!
As always, grab your camera and capture the beauty of life that God gave to each of us!
Posted by Unknown at Saturday, September 20, 2008 1 comment: 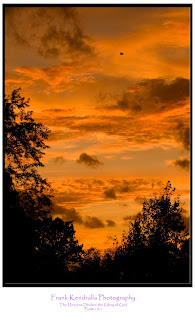 Sunday night the winds were becoming stronger and stronger until they reached 55+ MPH with gust up to 70+.  This is the sky we saw as the winds grew stronger and stronger.  [The weather channel warned of high winds.  Why do they call them high winds if they are on the ground too?  High winds would be a problem for aircraft?]  The clouds were moving and changing so fast that pictures I took a few minutes later were 'boring' compared to this dramatic image.  [Very little post processing done in Lightroom 2.0.]  The border and text was added in Photoshop.
Although the image contains tremendous color, it does not display the beauty we saw painted in the sky that night.  The second image image is a black and white version of it.  I added some matting in Photoshop to 'enhance' the image. 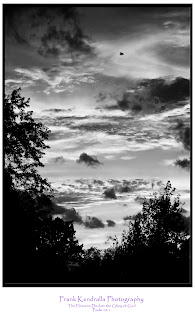 Although we were without power for the first part of the week, we suffered no damage.  Earlier in the summer, my wife had the trees close to the pool removed and a few tress up the driveway.  No doubt if they were not removed we would have received damage in some manner.  One of the trees removed was near the power line that comes into the house.  {Proverbs 3:5  Trust in the LORD with all thine heart; and lean not unto thine own understanding.}
There was a tremendous amount of debris in the pool which we cleaned out by hand Tuesday night.  We 'cranked' up the heater and spent the evening cleaning out leaves and acorns.
We thank God this wind storm did not occur in the winter [when a power outage could have been disastrous without heat] or associated to any 'water'.  No blowing rain, sleet, hail, or snow occurred which reduced the after effects of the wind!
Have fun and enjoy the beauty of life!
Posted by Unknown at Wednesday, September 17, 2008 1 comment:

Adding color to a black and white image 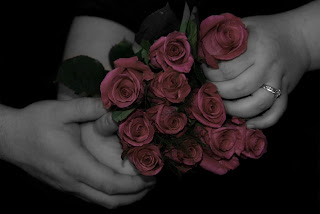 Both of these images are converted from the same file.  The second image has slightly 'stronger' red tone added to the flowers than the first image. 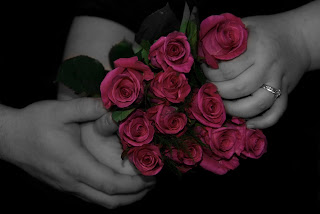 To create these images, I started in Lightroom 2.0 and right clicked on the 'full' color version of the RAW file and created a virtual copy.  I converted the virtual copy to a black and white image and adjusted the black and fill light to enhance the image.  In the original file, I boosted the hue and saturation [red] to bring out some of the color in the flowers.  I was cautious not to adjust the color too much to avoid a cartoonish or fake look.  After both images were modified to where I liked them, I right clicked on the image and selected edit in Photoshop [CS2].  This next technique works in any photo editing software that supports layers.  [PS Elements, etc].


Photoshop steps:
When either image is printed, a white mat and black frame would accent the flowers and the couple's hands.

Thanks for viewing and remember, get out and capture the beauty of life!
Posted by Unknown at Tuesday, September 16, 2008 No comments:

Check out the Great images of Alaska

Check out the bear images [and other images from Alaska] from a friend of mine and fellow photographer. The bear images are some of the most unique images and they are so close and crisp, I feel like I am within inches of the bears.
Posted by Unknown at Monday, September 15, 2008 No comments: 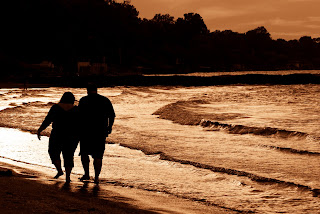 I had a great time shooting the engagement pictures of Sara and Dustin this past week. Their wedding is scheduled for June 09. The weather was beautiful and we could not ask for better conditions.

This is one of many images I took during the shoot. I took it along the shores of Lake Erie [Cleveland side]. The sunset was beautiful and glistened off the lake. To obtain the silhouette, I exposed for the sky and shot in manual.


The second image is exposed in the same manner but the color was modified in Lightroom. Notice the bird flying over head. 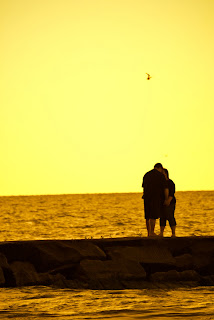 The third image I converted to a B&W in Lightroom and added some -[negative] clarity to soften the image. 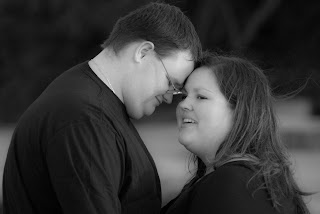