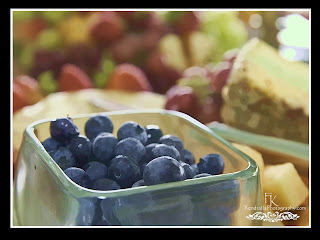 
First, I approach each wedding in the same manner that I would want other professionals to approach a wedding that involved my family. I do everything possible to treat each bride and groom with the same care and attention as if they were my own. With two beautiful grown daughters, three grandchildren, and a very supportive wife of over three decades, I understand the importance of family. I do whatever is within my power to treat each bride with as much kindness and respect that I would want for my daughters and granddaughter. No unflattering poses or images are intentionally shot nor are they displayed for viewing. Every portrait or close up picture receives additional attention to ensure the bride looks her best for their special day. I understand the importance of the parents of the “bride and groom” and follow this same approach with the family. I expect this same type of respect from everyone that works with me and we approach each family and guest with respect, kindness, and professionalism.


Third, as part of the stress with a wedding, many families are faced with completing tasks or duties that are out of their normal day to day activities. For example, very few folks design and print wedding programs every day/week. Yes, there are many applications and online help tools to create nice wedding programs but not everyone works with this software or similar daily. This brings me to an example of what over twenty years experience with design and other related tools can do to assist the bride and groom. Typically, I stay in touch with each bride and groom, especially as we get closer to the wedding date. I ask if the couple needs any assistance with any task associated to the wedding. (Yes, items that are not photography related.) It was within a week of a wedding and I called the bride to ask if there is anything she needed help completing prior to the wedding. A short answer, YES. :-D She was struggling with the wedding programs and was concerned that she would not get them done before the wedding. I told her not to worry and send me the information for the programs. I completed the programs and sent her via email a few samples to view. The couple and family were thrilled with the design. Later, I sent the files off to print and delivered them to the family prior to the wedding. Another stress item eliminated from the bride’s plate.


Finally, as I stated earlier, my goal is to treat the bride, groom, family, and everyone associated to the wedding with as much care and respect as if it were my family’s wedding day. 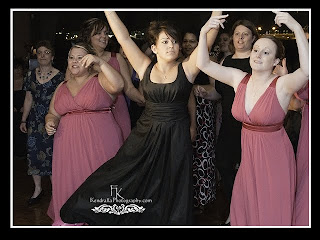 Photograph what you love -
Why I love photographing weddings!
Wedding Photography
by Frank Kendralla
Photo taken in Cleveland Ohio
Bouquet and Garter toss
The bouquet and garter toss are always a funny part of the wedding waiting to happen. There are times when the fight for the bouquet or garter is similar to a jump ball during a basketball game and other times it is a civil and casual event. Many stand out in my mind but one that stands out the most is the time when the man that caught the garter did a back flip in the middle of the dance floor. 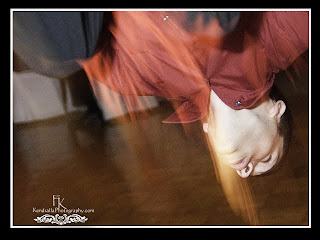 The Club at Shadow Lakes - Video

The Club at Shadow Lakes from Frank Kendralla on Vimeo.

The Club at Shadow Lakes - Video - To Show you my love from Frank Kendralla on Vimeo. 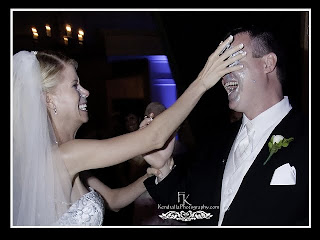 Cutting the cake is always an interesting part of every wedding.

I remember many, just as if it was yesterday. However, a few stand far and above the others. There was one couple where the groom was taunting his bride. He had a big smirk on his face and there is no doubt he wanted to smash the cake all over her face. However, she looked back to him and without saying a word, he knew better than smash the cake. Many times, the bride doesn’t want her makeup or dress covered with cake and icing. Other times, it is because the bride is very shy and would rather this simple moment end quickly.

Often the cake cutting starts very nice and civil but ends up as a food fight. Some state that the original wedding cake cutting/smashing of the cake goes back to Roman times, when the groom would smash part of the cake over his bride’s head for some symbolic reason. If this is truth, then I am glad it ‘evolved’ to today’s tradition.

Cake cutting is another reason why I am passionate about wedding photography. There is no doubt many of the couples will be showing their wedding album to their children or grandchildren and a little smile will develop as they think about their special day and their first piece of cake together as a couple.

Get out and enjoy the beauty of life! 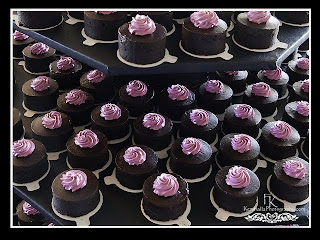 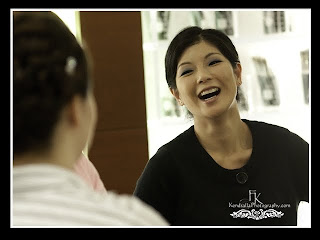 Each ceremony brings a new twist on the special subject of marriage given by the minister, preacher, or officiate. Some sermons make you laugh and cry as the minister reveals special insights from the couple’s lives while other sermons causes the attendees to shout for joy when the message is over. Some couples enjoy a very short and sweet ceremony while others want much more. However, some sermons stick out in my mind much more than others. Why? Because the minister provided a true insight into the marriage covenant and challenges every couple faces in their lives. This is another reason I love photographing weddings. Each ceremony I photograph, I think back to the vows I made to my bride over three decades ago. “I give you my love and fidelity!” Do I remember anything else said during the ceremony when we were married? No, I do remember that I was so nervous that I stuttered throughout my brief response.

Some ladies love to get makeup on them and get their hair done while others would rather put a ball cap on and walk down the aisle in sneakers and sweat pants. It is amazing to watch each bride and bridesmaids get ready for this special day. While the ladies are getting ready, I hear the laughter and chatter that take place when the ladies talk about the time when they were little girls dreaming of this day. The ladies talk about their tea parties, and how they dressed up their dolls as they prepared their dolls for their wedding day. Every one of these items are some of the many reasons why I love photographing weddings. 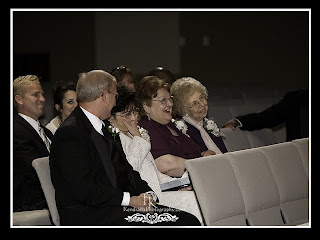 What a thrill it is to photograph the emotion that takes place during a wedding ceremony!

I never grow tired of photographing or watching grandma or papap wipe the tears from their eyes as they remember when their grandchild was as little as the ring bearer and once sat in their laps many years ago. Nor do I tire of seeing the bride all dressed in her beautiful dress walk over to her great grandma or great grandfather and give them a kiss and hug that brings the crowd to tears.

As I watch the little girls dance during the reception, I remember the carefree times that I have when I dance with my granddaughter. We dance to the tune of Hanna Montana and I attempt to imitate my granddaughter’s special moves to fun songs that only a grandfather dancing with his little granddaughter can understand or appreciate. Photographing the little girls with their hair flowing is both a challenge and joy.

My goal is always to capture the moment when the girls are dancing by themselves without a care in the world. Then when their mom or dad walks on the floor to dance with them to capture the look on their face as they dance with their little girl is always a fun filled time. I doubt that I will ever forget two beautiful young girls with long flowing hair that danced and danced without a care in the world. They would flip their hair imitating some dancer they might have seen and swing each other mimicking dance partners they watched one day maybe on the television or in the movies.

As I photograph the couple dance for the first time as husband and wife, I remember back over thirty years ago when I had the first dance with my young bride. Oh how young we were and nothing else mattered than us dancing together. Soon after the first dance the father of the bride dances with his daughter. Watching this dance sends my mind to the day when I danced with my daughter at her wedding. I never wanted the dance to end and give her back to her husband. We danced to butterfly kisses, which now stands the test of time as a very special song in my life. After this dance, I remember it like it was yesterday, when I danced with my other daughter, then later cried watching and listening to my granddaughter sing L.O.V.E to her aunt. Every wedding brings back special memories to me and no doubt many others that attend a wedding.
More to follow:
drFrank
www.kendrallaphotography.com
www.kendralla.com
Posted by Unknown at Sunday, March 07, 2010 No comments: