Picking a date and time for your Wedding 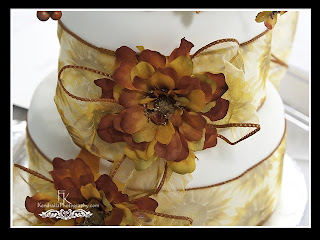 Picking a date and time for your wedding is very challenging.  We will start with the date; do you want a spring wedding?  Is there a special day that you want to remember?  I know of one bride that selected the exact date when they started dating for their wedding.  Others will select dates that match the year.  In 2010, the month of October (10) is popular since it is in the month.  10.2.10 appears to be a busy date for weddings.  10.10.10 is another busy date.  After you select the date, the time is another critical factor.
If you select a Friday date, then the ceremony is usually later in the day to ensure the guests have time to arrive without missing work or time to travel.  However, if it is a Friday in the late fall or winter then there are other challenges to face concerning pictures and travel.  In the north east, a sunset becomes more of a challenge due to shorter days.  Therefore, outdoor pictures might need to take place prior to the ceremony or the day after.   If outdoor pictures are not important or available then creative shots within the venue are necessary.
Therefore, if the wedding is in the late fall or winter and late in the day, search out venues that have areas that can make creative shots.  Another item to consider is the distance between the ceremony and the reception.   Some weddings occur mid-day on Saturday.  Rather than the reception ending late in the night, it ends late in the afternoon providing time for after the reception images.
Regardless of all these factors, the date and time you choose is up to you since the date will remain special to you.   For me, Feb. 14, is a very special date.  It is the date we were engaged and later that same year, Oct 14; (nearly 32 years ago) we married.
Have fun picking the date, make it special and enjoy your day!
Wedding and portrait photography site:
www.kendrallaphotography.com
Frank Kendralla Portfolio:
www.kendralla.com
Posted by Unknown at Saturday, February 06, 2010 1 comment: 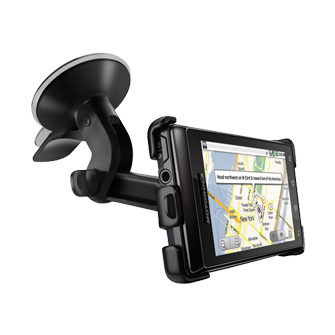 The above image is from Verizonwireless.com

In the past, the majority of my posts were directly photography related. As I move forward with this blog, I intend to add a little flavor from my life that might be indirectly photography related but it will have a twist of my life and personality in it.
A few months ago, I purchased the Motorola Droid as my primary cell phone. This is the first ‘Smartphone’ (that I owned) that IMHO lived up to its hype. I waited for a long time for Verizon to get the iPhone. I would have purchased the iPhone over the Droid since it did/does a few things the Droid doesn’t do. (There are a few aps on the iPhone for photographers that I would love to have on my Droid.)
Prior to purchasing the Droid, Verizon called me on a regular basis and reminded me that I was eligible for a new phone. My response was always the same; I am waiting for the iPhone or something similar. Sir, you can purchase the (fill in the blank with the hottest not so smart phone).
One of the best features of the Droid is the built in real-time GPS. I had the GPS in my Blackberry Curve but it wasn’t the same. I saw it in the Storm and but they were not the same. As long as I have my phone with me, I have a GPS unit, which is amazing!
I am on the road traveling multiple times per month and in multiple cities per week/day some months. The real-time GPS is invaluable for me for many reasons. One reason is the ability to easily navigate to an address without prior notice or planning. A few weeks ago, I received a call from my daughter stating that she broke down on a busy road nearly one hour from me. She was able to get the vehicle off the road and made her way to a local business (she had her son with her too). I asked her to send me the address via a text message knowing that I could use the information directly from her text message into the ‘navigation’ app in the Droid. I didn’t need to worry about finding a printer (to print off directions from the internet) since I was in my car and normally do not carry a printer with me. Nor did I need to look at small directions on my cell phone that I pulled up from the internet.
I put the Droid in the car docking station, plugged in the car charger, and within the hour, I ‘rescued’ my daughter and her son. (It was his birthday and the entire trip he sat in my back seat with his cake on his lap.) (I didn’t mention this took place immediately after a snow storm and many street signs were covered with snow.)
How valuable is the GPS within the Droid? Invaluable!
FrankNdroid
Please visit:
www.kendrallaphotography.com
Posted by Unknown at Friday, February 05, 2010 No comments: